Posted at 13:43h in Completed, Earthworks, featured by Howard
Share

“Oh, yes, yes, yes! You kept very far away from the raths. As a matter of fact, I knew one man who thought he’d make a very good job of it. He had been in the States, and he came home he wouldn’t listen to the like of this, the old Irish, he wouldn’t listen to them over there, you know. And he cut all the bushes. It had overgrown with bushes. So he cut all the bushes around, and thought it was a great place to fodder cattle in the wintertime. So as he was going home, he fell. And he was dead on the ninth day. There’s no lie in that.”

Matty O’Brien, Teltown, Co. Meath. Recorded July 1, 1979 1
Click on the video, below right, to hear this story in its entirety.

Drag within the image to explore the Ardnamagh Fairy Fort in virtual reality.

There are today remnants of more than 45,000 raths, or ringforts, remaining in Ireland. There may have originally been another 10,000 or more, now leveled and imperceptibly lost in the intensive cultivation of the Irish farmland throughout history.2 That so many of the structures, most of which date from the Early Christian period3, have survived is due in no small part to their being known in folklore as the homes of the fairies. For hundreds of years, as nearby natural hillocks were being leveled, terraced, and subdivided, there was a general reluctance of the peasantry to interfere in any way with these “fairy forts.” As folklorist Kevin Danaher put it in 1964:

“The ordinary country people were restrained by the old tradition that these places were inhabited by the beings of the other world. In fact we may claim the fairies as the best protectors of ancient monuments the country has ever seen…” 4 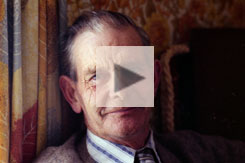 Matty O'Brien tells of fairies at Ardnamagh (Ardmaghbreague) and other places (1979).

The circular forts, found throughout Northern Europe, differ widely in size and in the design of their walls. The fact that the fort had circular walls was actually decreed in the laws defining domestic structures, and this may have served to link the forts’ occupants to the circular burial mounds of their ancient pagan ancestors.5 There may be one, two, or even three (bi-vallate, or tri-vallate) earthen walls of concentric bank-and-ditch construction, with an association between the number of banks and ditches and the status of the occupants. Matthew Stout, the author of a monograph on Irish ringforts, concluded that “…both high king and small farmer dwelt within…ringforts.”6 No consensus among archaeologists exists regarding the purpose or purposes of these raths. While some may have had a defensive purpose, they may also have been entirely domestic enclosures, with wood and wattle structures inside. Some may have been used only as pens for livestock.7 There is more information on the archaeology and folklore of fairy forts on our pages on Tara Fort in Co. Down and the Fuerty Fairy Fort in Co. Roscommon. Matthew Stout, after many years spent researching the Irish ringforts, understands that:

“[These are the] people who are often neglected in historical studies: the men and women who were not the kings and saints of official history, but rather farmers and [herders] and wives and children. We do not know their names, but they are not anonymous.” 8

Plan and section of a trivallate ringfort, from Louthiana, Thomas Wright, 1748.

The association of the raths with the fairies began with the medieval tales from the Book of Invasions (c. 12th–14th centuries), which may have been preceded by an earlier oral tradition. The stories recount how the Tuatha Dé Danann, (people of the goddess Danu) were defeated in battle by the Milesians, who first brought the Celtic race to Ireland from Spain.9 Following their epic defeat, the Tuatha Dé Danann were allowed to share the land with the victors. But they were allocated only the portion of the country below the ground, retreating to a demi-life beneath the mounds of earth that became, in legend, the homes of the fairies. In time, stories of occasional human-fairy interaction made it abundantly clear that,

“While the fairies could exercise themselves on behalf of favoured individuals, approaching them or their forts remained a risky business, as fairies were as likely to beat or strike down visitors as welcome them to their revels.” 10

Michael Casey tells of the girl who stole a chicken from a fairy fort (1979).

Perhaps because of their association with the murky life of the fairies, or perhaps a factor in creating that association, the raths were allowed to become wild, overgrown islands within the otherwise orderly cultivated landscape.11 Some feared that if they should wander into a ringfort they might become enchanted by the wild brambles and transported to another plane, coming into contact with the otherworldly beings that populated it. While there is nothing extraordinary about the Ardnamagh Fairy Fort, it is presented here to explore in virtual reality (above) as an example of the overgrown ringfort “island in the field.” Its borders define the clear division between the civilized, furrowed and controlled greenery of the Christian mainstream and the untamed domain belonging to the “gentry,” or the “good people,” the descendants of the defeated Tuatha Dé Danann.

In 1911 W.Y. Evans-Wentz described his conversation with a local farmer living near a similar fairy fort:

“I now asked John what sort of a race the ‘good people’ are, and where they came from, and this is his reply: ‘People killed and murdered in war stay on earth till their time is up, and they are among the good people. The souls on this earth are as thick as the grass (running his walking-stick through a thick clump), and you can’t see them; and evil spirits are just as thick, too, and people don’t know it…The old folk saw the good people here on the Hill a hundred times, and they’d always be talking about them. The good people can see everything, and you dare not meddle with them. They live in raths, and their houses are in them.'” 12

An unidentified ringfort as seen from the air. There may be 45,000 of them in the country.

In one of our interviews recorded more than half a century after that of Evans-Wentz, we heard Co. Limerick farmer Michael Casey describe what happened when a little girl visited with the crowd of fairies who lived at the back of his field. “Now one day the little girl took one of their chickens and carried it to her home and was keeping it.”13 This story may be heard in the video feature, above left.

While it is impossible to know when in history—or prehistory—the abandoned ringforts of the Early Christian farmers came to be associated with the fairies, it is extraordinary that their reputation has endured through so many generations in the Irish countryside. While the Catholic authorities tried to impose an orthodox conformity on the eccentric practices of the early Celtic church, the punitive anti-Catholic laws of the Protestant ascendancy constrained the ability of the bishops to implement their authority.14 However even after the Catholic Emancipation Act of 1829 and the newly empowered organizational strength of the Church, the rural understanding of the nature of the fairy forts survived.

Author Máirín Ní Cheallaigh believes that one reason for the longevity of the folklore surrounding the ringforts may be the way in which they functioned as “alternative reference points to places of human habitation and activity.”

“They were places in which space could mutate according to the desires of their fairy owners and which could also change as both the story-tellers and the protagonists of tales set within them moved through the revelations and symbolic action of a variety of narratives.” 15

In 1958, a story in Time magazine explained what happened when some government workers were instructed to build a fence through a fairy fort in Co. Mayo. Of course they refused, and “promptly downed picks and shovels and folded their arms.” The foreman offered them accommodations and inducements, all to no avail. Even the oldest men of the village, those with not all that much to lose presumably, declined to take on the job. When a more senior government official suggested building the fence around the rath, his colleague demurred. “‘It’s bad enough giving the fairies official recognition,” he grumbled. “The next thing, they’ll be coming in here looking for pensions.”‘ 16

A tale of woe from 2011 has the fairies extending their protections to another ancient monument. In this case they may have been acting in league with the sudden retreat of the “Celtic Tiger,” and might be responsible for Irish billionaire Séan Quinn losing nearly everything:

The density of ringforts per sq. km in each Irish barony (after Matthew Stout).

“He was once Ireland’s richest man, with a fortune of €4.7bn, before his huge gamble on Anglo Irish Bank shares toppled him into bankruptcy. But for some…the downfall of Séan Quinn has more to do with the wrath of the fairies than risky business moves. According to these locals, it was the decision to move a megalithic burial tomb 20 years ago which led to the fall of his cement, hotels, and insurance empire…Following a full excavation of the site, it was moved—stone by stone—and relocated in the grounds of Mr. Quinn’s Slieve Russell Hotel on the other side of the village.
Mr. Quinn has since lost the cement works, the hotel, a raft of other businesses and his multi-billion euro fortune. According to bankruptcy documents, he now claims to have just €11,000 in the bank…’I’m a big supporter of Séan Quinn because of what he has done for this area but that tomb should never have been moved,’ said publican Toirbhealach Lyons, the owner of Molly Maguire’s pub in Ballyconnell.” 17