Posted at 16:27h in Completed, Court and Wedge Tombs, featured by Howard
Share

“[Macpherson’s poems of Ossian]…have been…the source of daily and exalted pleasure. The tender and the sublime emotions of the mind were never before so finely wrought up by human hand. I am not ashamed to own that I think this rude bard of the North the greatest Poet that has ever existed.”

Drag within the image to explore the Lubitavish Court Tomb in virtual reality.

James Macpherson was an eighteenth-century sensation. His “translations” from Scottish Gaelic of what he described as ancient bardic poetry of the Scottish Highlands were published in a series of books, from 1760 to 1765, with editions soon printed in eight other languages. His epic he entitled Fingal, a Poem in Six Books by Ossian, attributing it to this alleged poet of the third century CE, and claiming for himself only the role of “translator.” Appearing at the dawn of the Romantic Movement, these poems glorified raw emotion and instinct, and the lore of the dark and primitive. Macpherson’s work met with great acclaim, lauded by notables from Napoleon to William Blake to Edgar Allen Poe. In 1991 one author observed that “the cult of Ossian in the 1760s can only be paralleled by the cult of the Beatles in the I960s…”3

All was going very well for the newly rich and famous James Macpherson and his Ossian books. The Scottish Highlanders, in recent memory vanquished at Culloden,4 were very pleased to learn that they possessed a literary patrimony far older than that of the English. But soon after the publication of the poems some scholars began to ask embarrassing questions about the original texts Macpherson claimed to have found. And some in Ireland took note, with alarm, at his removal of a traditional Celtic hero (Oisín) from Ireland to Scotland. The Irish had long been convinced that Celtic culture had diffused eastward, from Ireland to Scotland.

This court tomb, located in Lubitavish townland, was known as “Cloughbrack” (Speckled Stone) on early maps.5 It is unclear how, or when, this 6,000-year-old monument acquired the connection with Ossian. But once it did, it served as a “fact on the ground” to help reclaim Ireland’s ancient folkloric patrimony from the fabrications of the upstart Scotsman. Some have suggested that the tomb’s position near the Antrim coast, a metaphorical stone’s throw from Scotland, served as a thumb-in-the-eye pointed at Macpherson, the fake bard across the water. Scotland claims its own Ossian burial site, at Newton Bridge in Perthshire.6 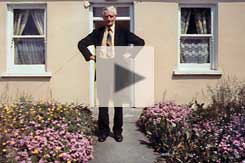 Michael Dineen tells the story of “Oisín in the Land of Youth” (1979).

“Ossian’s Grave” is located on a height with a view so scenic—overlooking the valley of the Glenaan River—that John Hewitt, the “Poet of the Glens,” called it his “chosen ground.” Hewitt’s poem about this spot is appended below.7 This two-chambered tomb is high up on the slope of Tievebulliagh, whose fine-grained stone was used in a prehistoric axe factory.8 The arms of the tomb enclose a court about 6 m (19.5 ft) wide, with a gallery about 3.5 m (11.5 ft) long.

In Irish legend Oisín was the son of the great hunter and warrior Fionn Mac Cumhaill. The tales of Fionn, called the Fenian Cycle, or the Ossianic Tales, are explored in our entry on Slieve Gullion. Oisín has his own echtra, or adventure tales. The most famous one, “Oisín in Tir na nÓg,” has him spirited off to the Land of Youth (Tir na nÓg) by a fairy woman (Niamh of the Golden Hair) who falls in love with him. There they have a child, Oscar, who, like his father and grandfather, becomes a famous warrior. While it seems to Oisín in his enchantment that he’s spent but three years in Tir na nÓg, actually 300 years have passed by. When at last he returns home he finds his house in ruins and everyone he knew long dead. Although his wife had warned him not to ever let his feet touch the ground, he dismounts from his white steed to help some men and suddenly ages 300 years and then dies.9

“At once I lost the sight of my eyes,
My youth’s bloom died, lean age began,
And I was left of strength bereft,
A helpless, hopeless, blind old man!” 10

Waterville schoolmaster Michael Dineen in a 1979 recording, above right, tells this story, with a Co. Kerry connection. 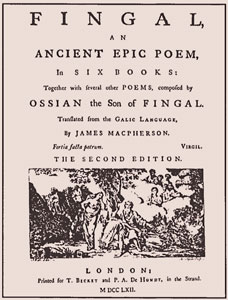 When James Macpherson began to appropriate the traditional heroic Irish Gaelic figures, he first modified their names: Fionn became “Fingal,” and Oisín was Anglicized to Ossian. Macpherson, who claimed that he translated the poems of Ossian from oral traditions and ancient documents found in the remote Highlands, actually combined elements from a few traditional tales with a great deal of material, including his footnotes, that he invented from whole cloth.11 When asked by his critics to produce the evidence of his “ancient documents,” he manufactured these as well, creating sloppy Scottish Gaelic translations of his own poetry.12

Macpherson’s flowery phrases and his pseudo-Biblical cadences perfectly suited the romantic appetites of the eighteenth-century literati. The following is from Duan III of Cath-Loda, his sequel to Fingal: 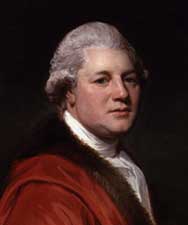 “Whence is the stream of years? Whither do they roll along? Where have they hid, in mist, their many colored sides. I look unto the times of old, but they seem dim to Ossian’s eyes, like reflected moonbeams on a distant lake. Here rise the red beams of war! There, silent dwells a feeble race! They mark no years with their deeds, as slow they pass along. Dweller between the shields! thou that awakest the failing soul! descend from thy wall, harp of Cona, with thy voices three! Come with that which kindles the past: rear the forms of old, on their own dark-brown years!” 13

When famed moralist and lexicographer Samuel Johnson, Macpherson’s fiercest critic, was asked if he thought “any man of a modern age could have written such poems,” he replied, “Yes…many men, many women, and many children.”14 Johnson demanded that Macpherson produce the original ancient manuscripts, which the Scotsman claimed to have. Macpherson refused to comply, and then sent Dr. Johnson a threatening letter. Johnson thereafter slept with a cudgel by his bedside, and responded in his own letter (according to Boswell):

“Mr. James Macpherson, —
I received your foolish and impudent letter. Any violence offered me I shall do my best to repel and what I cannot do for myself, the law shall do for me. I hope I shall not be deterred from detecting what I think a cheat by the menaces of a ruffian.” 15 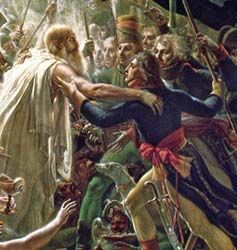 Whatever his ethical failures, Macpherson had in the 1760s—and still has today—his apologists in the literary and folkloric communities. In the years before his questionable publications the young schoolmaster entertained himself by going up into the Highlands and engaging in a serious and methodical process of field collection. Prior to his work the study of oral tradition as a basis of literature was not widely accepted. After the Poetical Works of Ossian was published the appreciation of Gaelic-origin bardic poetry was raised to “unimagined and unimaginable heights.”16 The closest the author ever came to confessing that he, rather than his imaginary poet Ossian, was the actual author of the books was when he admitted that he wrote “in English dress,” i.e. a more refined style, so as not to offend the sensibilities of his intended readers.17

Although by the sixteenth century Fionn had already become a more significant character in Gaelic lore than the earlier Lugh, or even Cúchulainn, with Macpherson’s blockbuster publishing successes Fionn (or Fingal) and Oisín (or Ossian) rose to the status of marquee figures in the public imagination. They had become “household words”18 by the 19th century. In 1820 a city in the American south was named after Fingal’s palace, Selma. When her second son was born in 1854, Lady Jane Wilde declared, “He is to be called Oscar Fingal Wilde. Is not that grand, misty, and Ossianic?”19

James Macpherson died in 1796. It took 18 days for his funeral procession to get from the Scottish Highlands to London. There his body was buried in Westminster Abbey’s Poets’ Corner, just a cudgel’s length away from the tomb of his nemesis, Samuel Johnson.20

The muse of Oisín completed a full circle when in 1962 the Lubitavish Court Tomb and the supposed ancient bard interred there formed the inspiration for Ulster poet John Hewitt (1907-1987). In his poem “Ossian’s Grave, Lubitavish, Co Antrim,” Hewitt contrasts the archaeologist’s “stricter scholarship” regarding the monument with its romantic significance in the folklore of Ossian.

“We stood and pondered on the stones
whose plan displays their pattern still;
the small blunt arc, and, sill by sill,
the pockets stripped of shards and bones.
The legend has it, Ossian lies
beneath this landmark on the hill,
asleep till Fionn and Oscar rise
to summon his old bardic skill
in hosting their last enterprise.

This, stricter scholarship denies,
declares this megalithic form
millennia older than his time –
if such lived ever, out of rime –
was shaped beneath Sardinian skies,
was coasted round the capes of Spain,
brought here through black Biscayan storm,
to keep men’s hearts in mind of home
and its tall Sun God, wise and warm,
across the walls of toppling foam,
against this twilight and the rain.

I cannot tell; would ask no proof;
let either story stand for true,
as heart or head shall rule. Enough
that, our long meditation done,
as we paced down the broken lane
by the dark hillside’s holly trees,
a great white horse with lifted knees
came stepping past us, and we knew
his rider was no tinker’s son.” 21 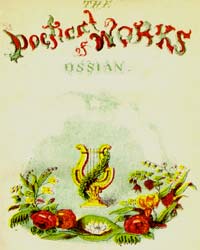