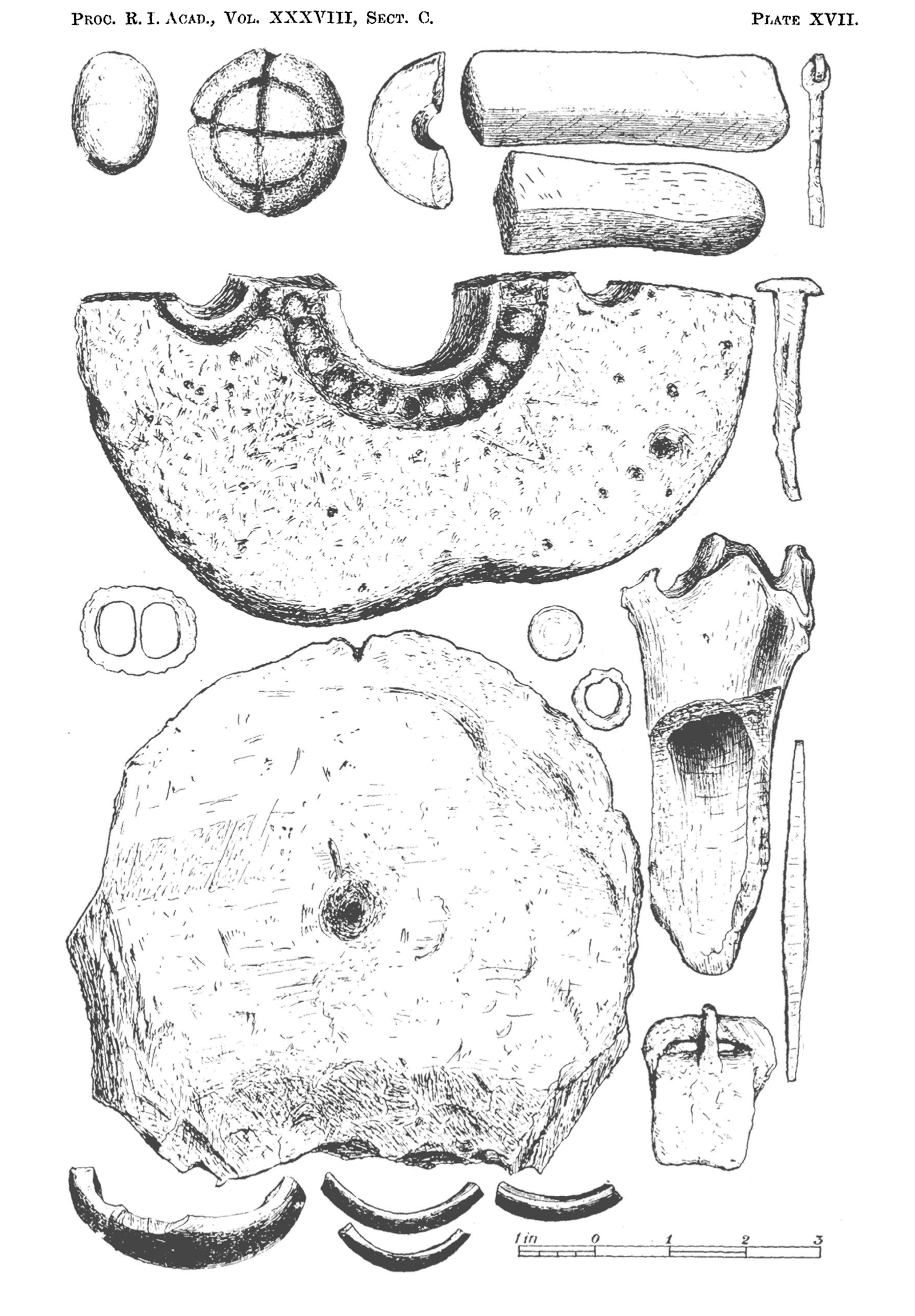 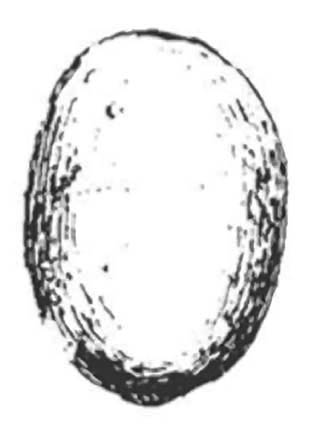 Quartz pebble; these were found throughout the site—more than could be accounted for by natural causes. They are mostly more or less ovoid or disc-shaped, and much water-worn. In a few places small pockets of them were discovered—a collection of nine or ten together. Some few were chipped roughly, possibly with intention. 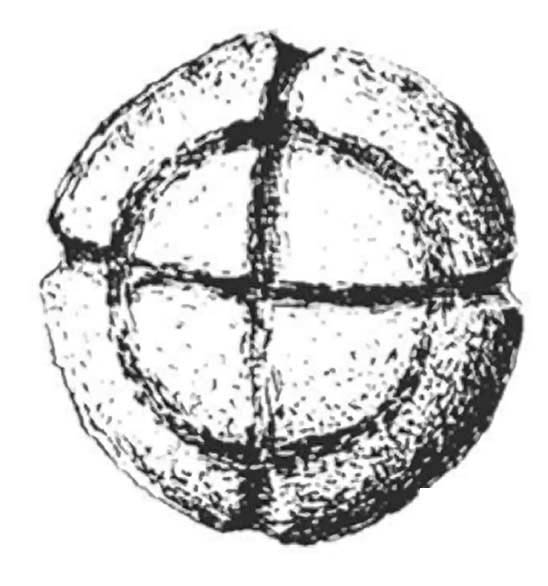 A spherical ball of sandstone, 2" in diameter. It was found in the North Field, close to the large stone on edge. Grooves were cut upon it, which can best be described by likening them to two circles of longitude intersecting at right angles, and two latitude rings corresponding to the Arctic and Antarctic circles of a terrestrial globe. The object has a close analogy to the remarkable balls which are prominent among the prehistoric remains of Scotland. 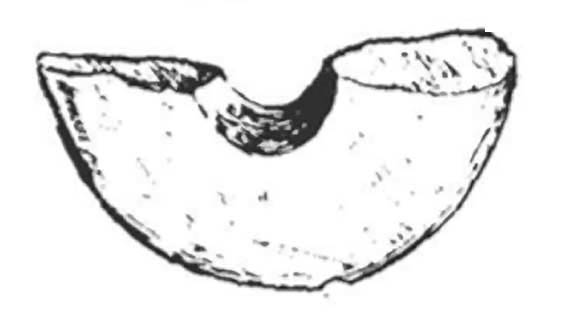 Half of a spindle-whorl, 2" in diameter.

Pin of a Penannular Brooch.

Pin of a penannular brooch, 2¼'' long, with the loop at the head ornamentally shaped. The shaft seems to have been silvered over. The point is broken off. 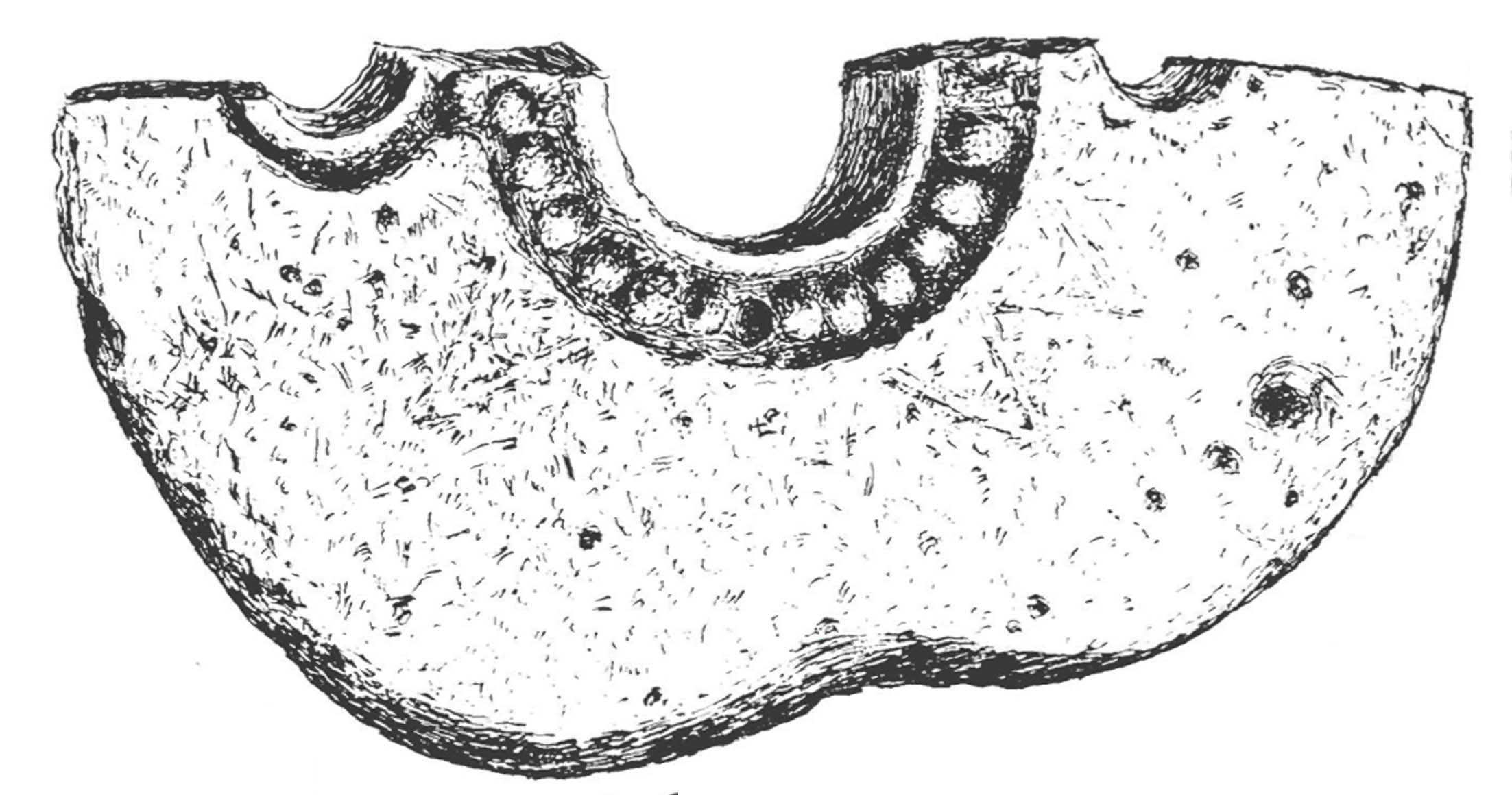 A half quern (upper stone), with two handle-holes, and with a beaded ornament round the central hole. Diameter 17¼". Drawn to half scale.

Presumably a lower quern-stone; more or less flat and roughly circular disc, with a conical depression in the centre of one side. Drawn to half scale. 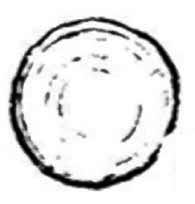 A circular disc, 11/16" diameter, with faint concentric circles engraved on the sides. 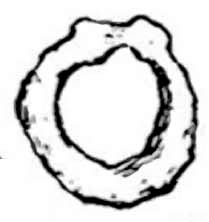 Scoop, resembling the medieval and early modem apple-scoops, made from a cow's bone. 5½" long. 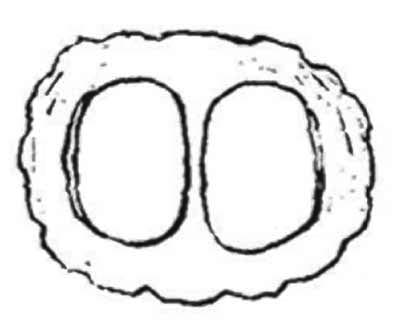 An eighteenth-century shoe-buckle, 1½" by 1⅛'', with grooved ornament on the margin.

A lance-point, square in section, pointed at both ends, swelling to 1" square a little below the middle. Length 4¾''. 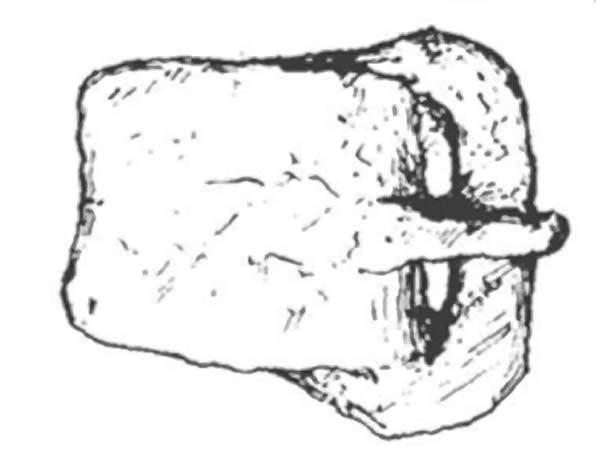 A buckle with pin and doubled iron strap for securing a leather thong, 1¾" by 2".

Fragments of four bracelets, one of them ¾" broad and 2½" in internal diameter, the other three smaller.